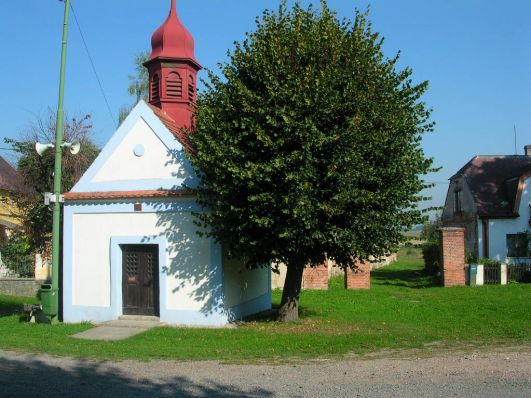 Zbůch is located 7km southwest of Plzeň in a flat to slightly hilly terrain. An important arterial road – the road from Plzeň to Domažlice - and also the railway Plzeň - Domažlice go through the municipality. About 2km north of Zbůch there is the motorway D5 Prague - Plzeň – Rozvadov.
In 2003 this mining municipality celebrated the 750th anniversary from the earliest recorded mention. In 1253 King Přemysl Otakar II. donated villages Ugezd (Červený Újezd) and Zboch (Zbůch) to the convent in Chotěšov. Till the middle of the 17th century Zbůch was a Czech municipality, as records of local name Zbůch sustain.
During the thirty-year-long war there was a considerable lost in the number of inhabitants (army operations, epidemic, desertion, etc.) and so the authority called for rural people from
Bavaria, Upper Falz to settle in empty farms.
Short before the middle of the 1780s Zbůch was separated from the convent in Chotěšov and attached to the parsonage in Uherce. After closing the convent in Chotěšov in March 1782 Zbůch belonged to the religious fund and from 1822 to the end of feudalism to the House of Thurn – Taxis. 290 Germans and 19 Czechs lived in the village in 1900, 555 Germans and 628 Czechs in 1910. In 1921 there were 2018 inhabitants in Zbůch. At the end of the 19th century the company ZBAS started building the most modern mine of that time in the whole westbohemian region, so called Austria in Týnec.
In 1906-1908 ZBAS mine was built on the eastern edge of the village, in the place between original Zbůch and Červený Újezd nearby. The mine produced a high quality black coal from two mines of the depth of 800m and 720m. Mining in Týnec stopped in 1965 and mining in the Mine of the peace protectors in Zbůch ended in 1977, which added to the improvement of the environment greatly.
Convenient situation of the village in a very close neighbourhood to Plzeň proves by a high interest in building of family houses. A water duct and a gas line are built in the village. Building of the sewerage is being finished now. Zbůch has 2059 inhabitants nowadays.