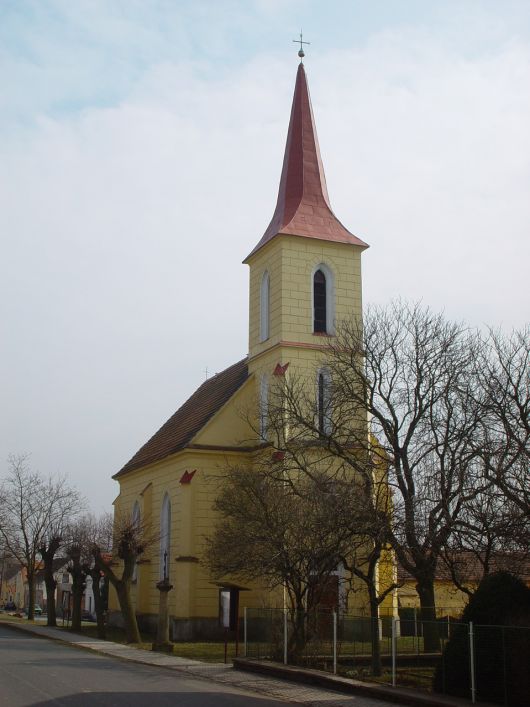 Přehýšov is located in a flat landscape 7km from Stod. The earliest recorded mention appeared in a document from 1248. In the place of current house number 179 Kalvárie was built in 1864. It was a trio of shafts carrying sculptures and a metal cross. Eight years later an underground mine Ziegler was founded by miners from Blatno. During the war in 1917 in was bought by Škoda company in Plzeň. The company constructed a munition factory, which ran till 1952. In 1893 a big chapel of Visitation of Virgin Mary was built in the centre of the square of the village. Today it is one of the dominant buildings of the village. The chapel is of new gothic style, to the frontage of the nave a tower adjoints. In front of the chapel memorial cross was placed.

Today Přehýšov is quite a developed village with 386 inhabitants. So called „wind pit“, a former ventilator adit of the stone coal mine, belongs to the settlement. Several quality factory buildings from the times after 1900, mounds protecting munition stocks and a barracks colony are preserved in the village. Around quite an extensive square a number of homesteads is preserved. They come from the late classicist period, they often have vaulted gateways.

A part of Přehýšov create the municipalities Bítov and Radějovice. The earliest record comes from 1272 when the village belonged to the convent in Chotěšov. Today Bítov is an agricultural settlement with 48 permanent inhabitants.

The earliest records abour Radějovice are the oldest out of the three villages – it comes from 1239, when the village was recorded as the property of the monastery in Kladruby. At the turn of the 19th and 20th century a chapel was built in the centre of the square. It has a semi-circle finished by the tail end and a tower above the entrance. Currently, 50 inhabitants live here.