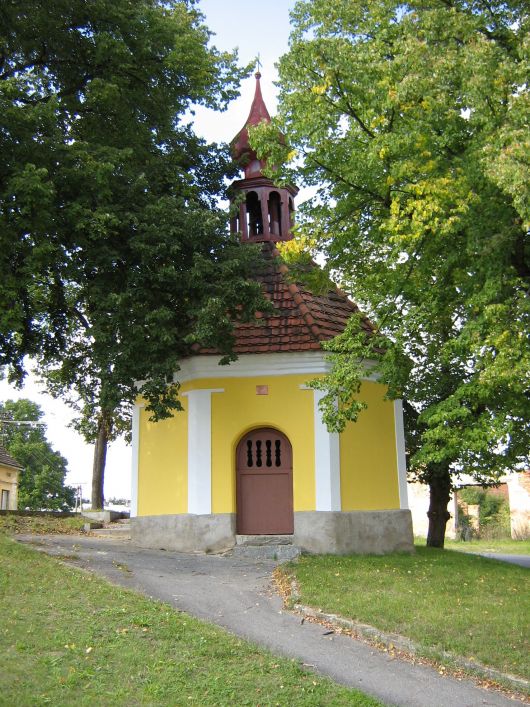 The municipality is located 20km southwest of Plzeň 360m above the sea level. The earliest recorded mention comes from 1180, although settlement in much earlier period of about 4th century BC is presumed. Excavations from burial mounds around the village give evidence about it. From 1227 the village was in the property of the convent in Chotěšov.The landscape in the valley of the river Merklínka, which flows through the square of the village, has been used for agriculture since its permanent settlement.
Near the road connecting Stod and Merklín there is an eight-sided chapel of Advancement of the St. Cross, registered as a cultural monument.
Due to the clean air and presence of the woods full of blueberries and mushrooms the municipality is favourite with the cottage dwellers. Apart from 149 permanent inhabitants there are 26 recreation houses, so in the holiday time total of the inhabitants almost doubles.
The village has a football club, which uses a nice pitch at the edge of the village. The local authority is placed in a reconstructed building of former school. The big conference room also serves to the citizens for celebration purposes. Inhabitants in production age commute to work mainly to near Stod and Chotěšov. The village has a restaurant and a grocery.